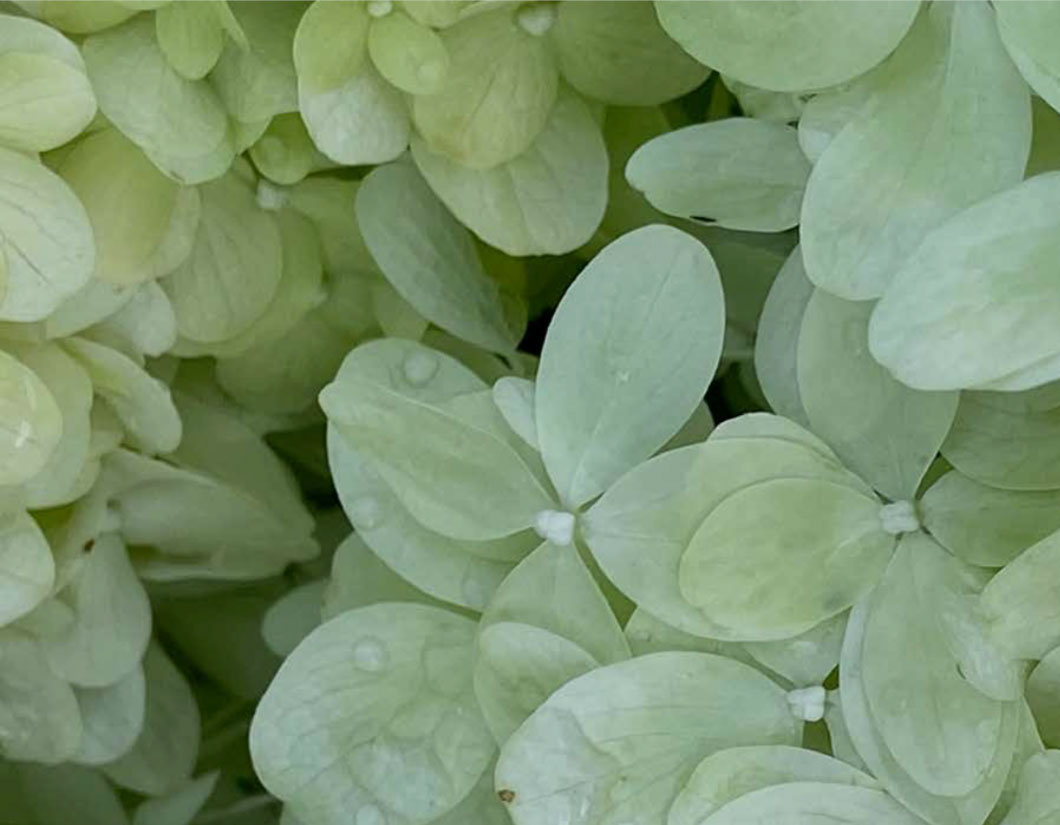 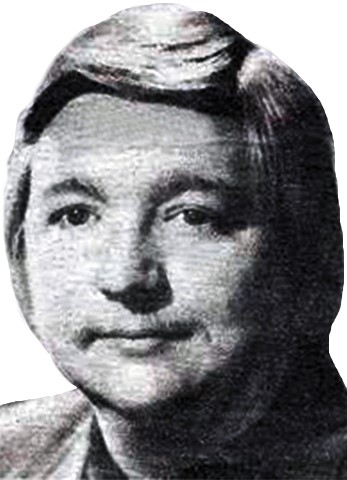 Allen Shackelford AIFD Endowed Fund
ESTABLISHED: January 1980
“Allen Shackelford AIFD was an aggressive and creative young member of AIFD  who developed a very successful florist in Memphis, Tennessee. His interests were industry focused. He had a special affinity in developing young student designers, as witnessed by his attention to and involvement with Mississippi State University (MSU). He and his wife, Charlene, traveled extensively to co-commentate floral design shows. Instrumental in producing the first Southern Symposium at MSU, he also chaired and presented.  His death came quite unexpectedly, a massive heart attack, as a very young and active man. Feeling the loss of this talent, love of the industry, and an involvement with students, his friends, especially Don Stothart AIFD, contributed money to establish the Allen Shackelford AIFD Memorial Scholarship Foundation. This scholarship paved the way to the establishment of the AIFD Foundation noted as the first fund within the AIFD Foundation. Today the Allen Shackelford AIFD Endowed Fund continues student support with an expanded purpose to provide opportunities into perpetuity.” —Ralph Null AIFD

THE EXPANDED PURPOSE:
Approved on April 4, 2019: To adhere to the primary purpose while also providing support to other grants and scholarships related to deserving junior college, college and university students to include: 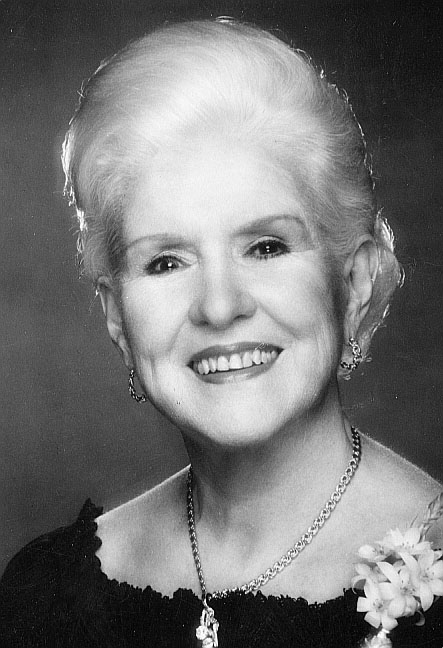 Eulalah Overmeyer AIFD Endowed Fund
ESTABLISHED: October 1985
“I first met Eulalah Overmeyer AIFD when she and her husband, Bob, were with Teleflora and visited the florist that my mother still owned at the time. She introduced me to Teleflora. Little did we know, where our paths would lead. She went on to a career with a newly established wire service named American Floral Services (AFS) and I continued my journey as a Teleflora Education Specialist. Eulalah Overmeyer AIFD was an exceptional presenter. I attended her Commentary School, as did so many during this time, in that Design Shows excelled, of which each needed a commentator. Though seen as elite, by those who sat in her audience or were students in her classroom, she had an innate ability to bring out your best. She had a way of making everyone feel important. I could always count on Ms. Eulalah, as she became known, to be on the front row of the programs I presented and to be there at the close to share a few pointers. I recall the day that Herman Meinders and AFS established this fund in her name.”  —Teresa Riddle AIFD 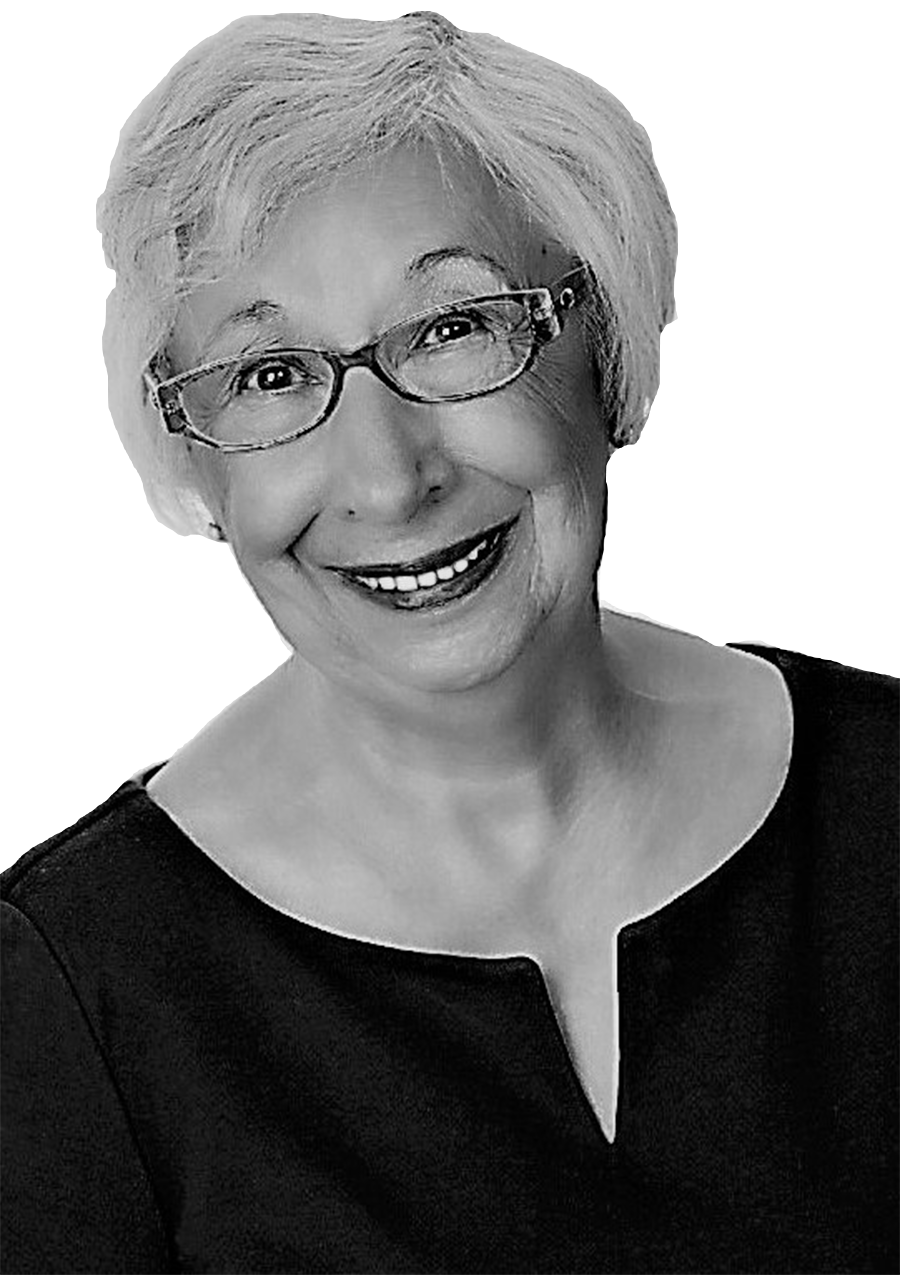 Rocky Pollitz AIFD Endowed Fund
ESTABLISHED: 1998
“The wealth of opportunity that Rocky Pollitz AIFD brought to this industry is unparalleled. First and foremost, she began her career as a retail florist. Leadership in numerous organizations led to Teleflora’s invitation to join the corporate world. During her time at Teleflora she was the voice of the traditional retail florist, addressing the need for design education and leadership development. Her contributions are legendary and continue to serve as a blueprint of countless possibilities. A renowned designer of trends and a true visionary, Rocky Pollitz AIFD has received the most prestigious awards given by the American Floral Industry. Her leadership defined needed changes in our industry and developed in those she mentored the importance of working together for the greater good. Her story provides hope to those seeking career advancement and considering future possibilities.” —Lynn Lary McLean AIFD

Jim Treadaway AIFD Endowed Fund
ESTABLISHED: 1992
“Jim Treadaway AIFD believed strongly in continuing to educate himself in design styles from all over the world. He openly shared his design styling globally. Anytime that Jim Treadaway was to take the stage, you knew his presentation would be a showstopper in contemporary design presented in a way which always turned a room upside down with his humor. Representing the United States at the World Cup was his last stage appearance within the floral industry. I will never forget his classic line when we landed in Tokyo ‘I am a small town boy who started out in tiny flower shop who never gave up on my dream and here we are … Jim Treadaway representing the United States of America.’” —Bob Hampton AIFD 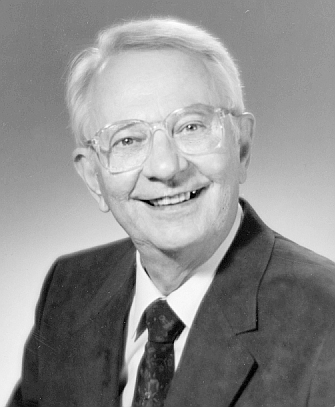 Don Stothart AIFD Endowed Fund
ESTABLISHED: August 2005
"Don Stothart AIFD was elected to first chair the newly established Allen Shackelford AIFD Memorial  Scholarship Foundation, which later became known as the AIFD Foundation. He ran a tight and cohesive Board of Trustees. From its inception, Don’s passion created a solid, strong and enduring organization that would encourage and support education through scholarships to floral design students. A hands-on leader, Don devoted the better part of his retirement years to the growth and success of the AIFD Foundation. He spent endless hours communicating directly with each Trustee and each AIFD Board member to build a consensus on fundraising efforts and investment strategies. He treated each donation as if it were his own money and protected it as such. His sixteen years as Chair, from 1979 - 1995, established the basis to move the AIFD Foundation forward.”  —Allen Beck AIFD 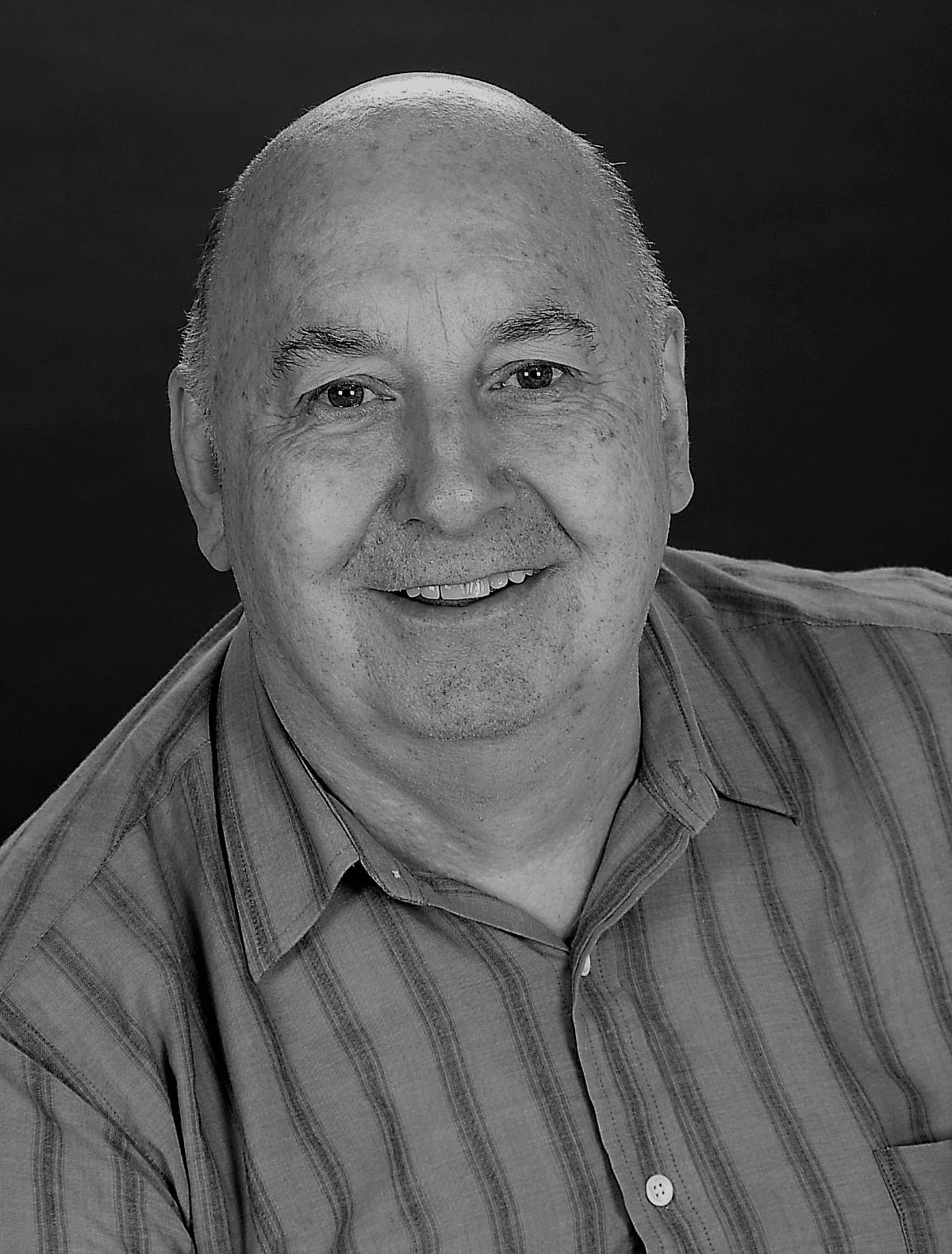 Jim Moretz AIFD Endowed Fund
ESTABLISHED: June 2007
“Jim was a dedicated floral design teacher and the third Director of the American Floral Art School in Chicago, Illinois. Noted as the oldest floral design school in the United States, he followed the esteemed Tommy Bright, founder of the school, and the charismatic William Kistler. Jim touched the lives of  thousands of students, attending from over 120 countries. He is also responsible for introducing the  international floral community to America. It was my pleasure and honor to be his Assistant Director for so many years.” —Pete Samek AIFD 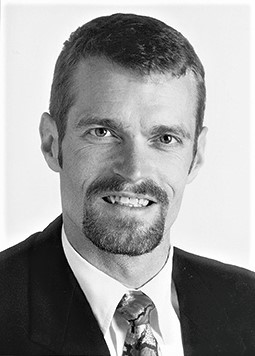 Kirk Pamper AIFD Endowed Fund
ESTABLISHED: July 2008
"In an email received in 2005, Kirk Pamper AIFD shared his thoughts with me. ‘With the Guide book as part of my legacy, I have made a tangible contribution to AIFD and the floral industry that I can leave behind.’ Kirk was available to do the work and even to the end, was a flower soul of the universe and with his miraculous mind gave it all for AIFD.” —Lynne Moss AIFD 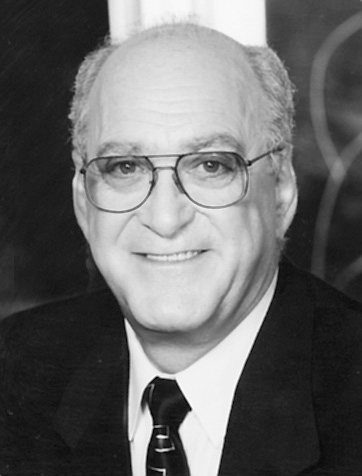 Tom Powell AIFD Endowed Fund
ESTABLISHED: July 2010
“Thomas loved AIFD! He shared his enthusiasm with new members, So many of them raved how he made them feel welcome and encouraged their career development. Thomas was more than a renowned  designer.  He was a leader, a teacher and mentor. He encouraged and inspired others with his charm, his knowledge and experience. He co-chaired two AIFD Symposiums. He chaired the decorations for three SAF Conventions. He coordinated the floral decor for Presidential Inaugurations, involving AIFD members in numerous opportunities. He co-chaired the decorations for Liberty Weekend to rededicate the Statue of Liberty. Thomas served AIFD as President and the AIFD Foundation as a Trustee. For Thomas, any floral industry question starting with ‘will you’ was answered with ‘Yes!’” —David Hope AIFD

Michi Burrell AIFD Endowed Fund
ESTABLISHED: June 2015
“Michi’s unique style was a fusion of Japanese attention to delicate details and bold, sun-kissed Southern California glamour. She made every design an exciting adventure! Michi blazed new trails  when she  became the first woman from the United States to compete in the World Cup Floral Competition. She continued to claim new territory for women in design throughout her long career. Michi Burrell AIFD  perfected the art of balancing timelessness and on trend. She was an inspiration to me.”  —Charlie Groppetti AIFD 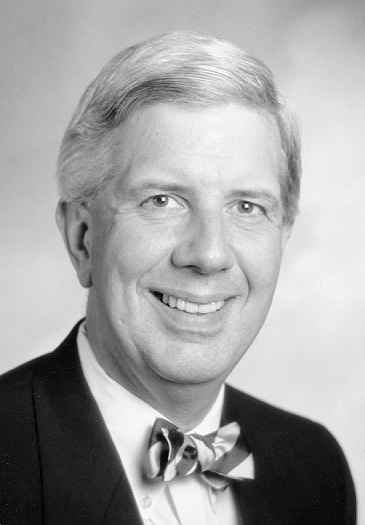 “Joe Smith AIFD was the first designer that really changed my perspective about design. He was a mentor and teacher and honestly had the biggest influence on my personal design aesthetic. Still today, when I have a design dilemma, I ask myself, ‘what would Joe Smith do?’ He is known as one of the best American floral designers of all time. He was loved by his community, evident in the generous donation from the Nashville Lawn and Garden Foundation, to honor his legacy and endow this fund.” —Chris Norwood AIFD

THE PURPOSE:
To provide educational funding to the greatest benefit based on applications received annually.

Bobbi Ecker Blatchford AIFD Endowed Fund
ESTABLISHED: February 2017
“Bobbi Ecker Blatchford, AIFD was devoted to making the world a more beautiful place by spreading the joy of flowers.  Always the most fun, fashionable and interesting person in the room, Bobbi made everyone feel special. Her intelligent, witty remarks made each of her presentations memorable. No one can estimate how many folks have kept at least one or more of her uplifting notes of encouragement. Seldom without a flower in her hair, pinned to her dress or in her hand, she embodied ‘Flower Power.’” —Alice Waterous AIFD 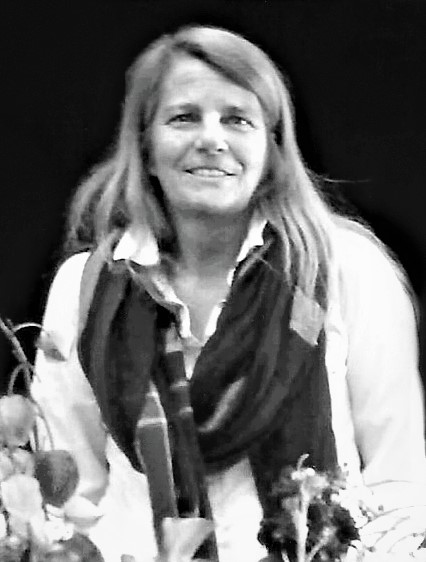 Dee Yeager AIFD Endowed Fund
ESTABLISHED: April 2017
“A teacher at heart, she was motivated by nature and simple things with attention to detail. She loved to inspire all, especially those who knew little about flowers and design. Her witty yet humble personality brought smiles and laughter that will forever be remembered.”
—Katie McCormick AIFD 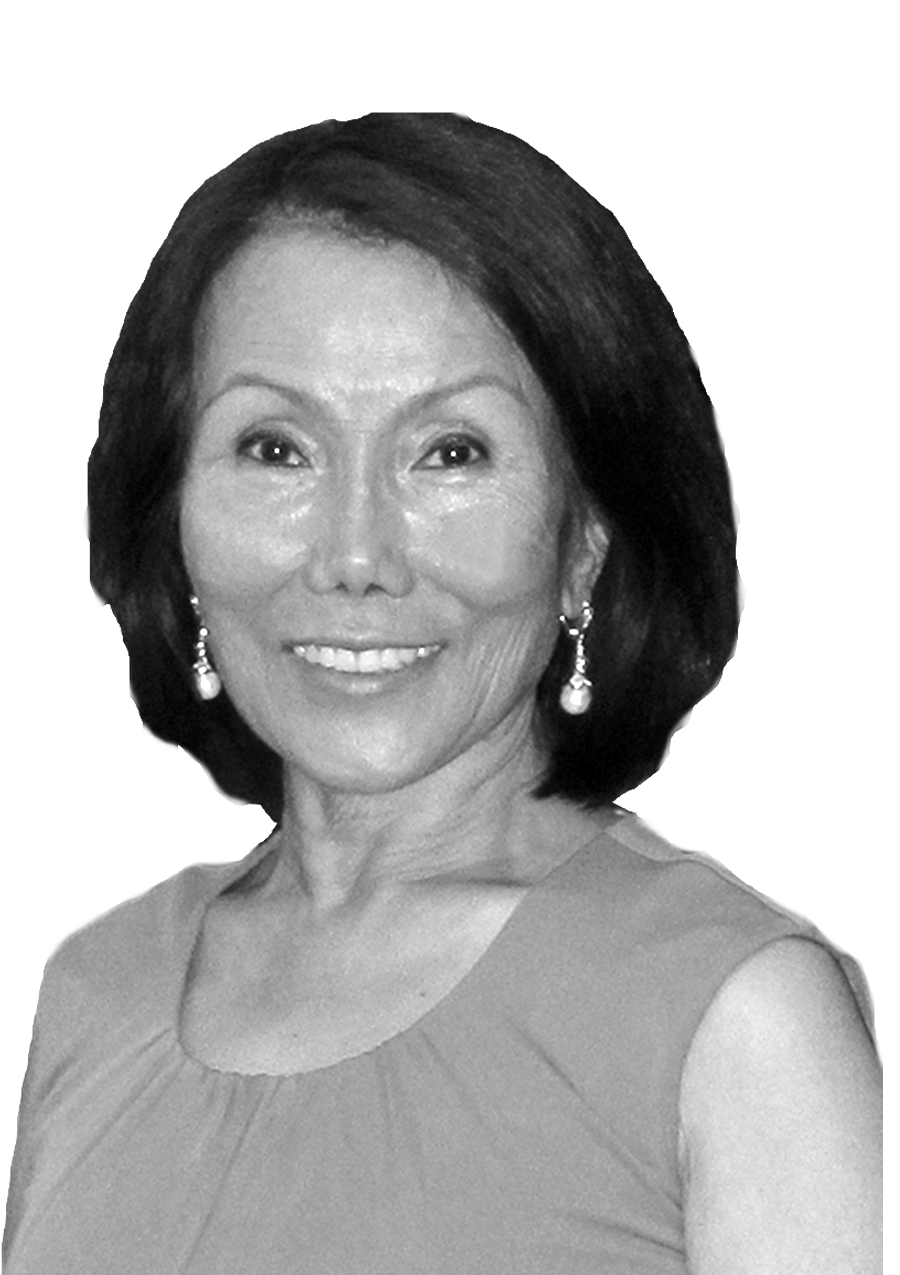 Chong Ullom AIFD Endowed Fund
ESTABLISHED: March 2018
“A thoughtful and dedicated member of AIFD with a love of artist expression, her generous spirit was  always to "pay it forward" to those whose love of flowers continues to grow through AIFD.”
—Eddie Payne AIFD 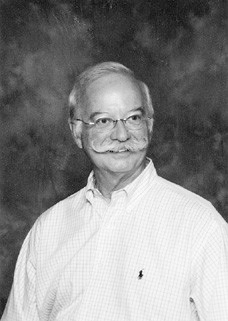 Jim Johnson AIFD Endowed Fund
ESTABLISHED: March 2018
“As a teacher and mentor, Mr. J guided thousands of students with a passion for teaching floral design. A Distinguished Senior Lecturer at Texas A&M University and Director of the Benz Gallery, his love for flowers is infectious. I am so proud to have been one of his students.”
—Ken Senter AIFD

THE PURPOSE:
To provide educational funding in this order of preference: 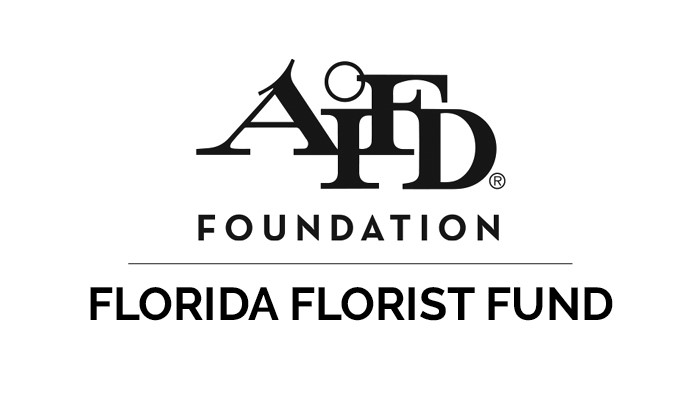 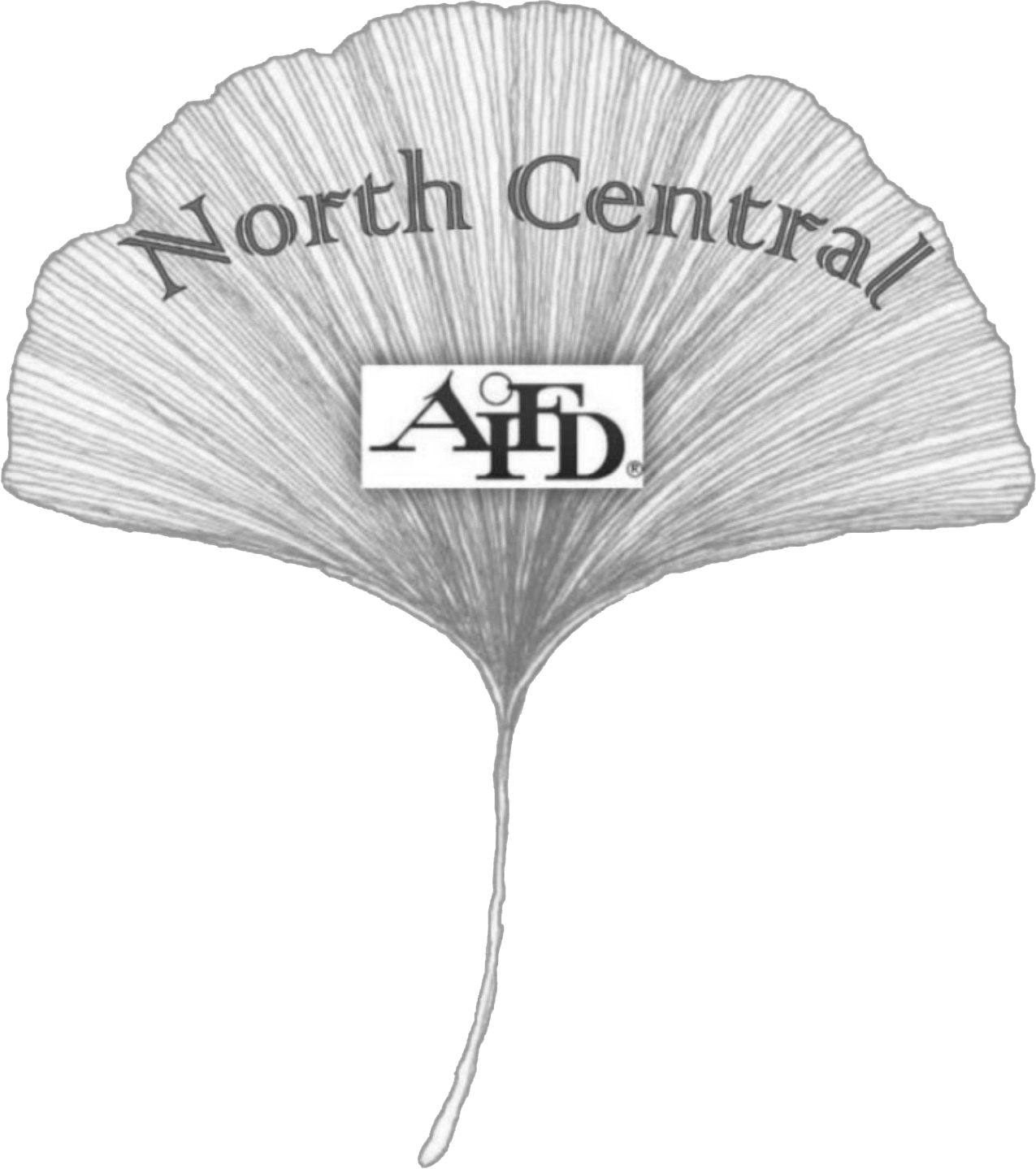 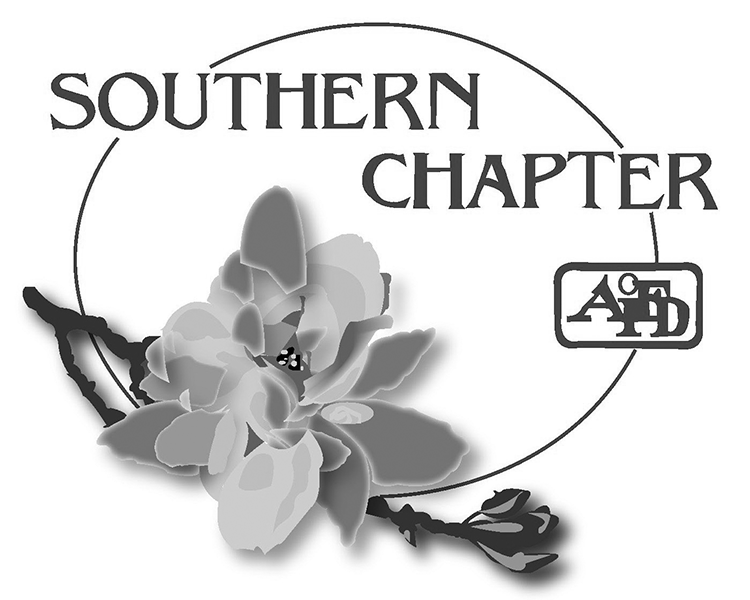 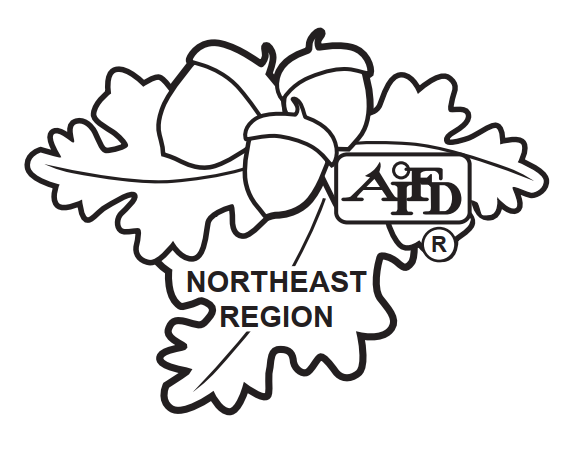 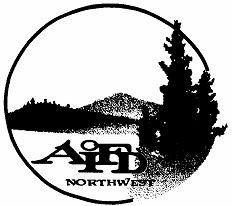 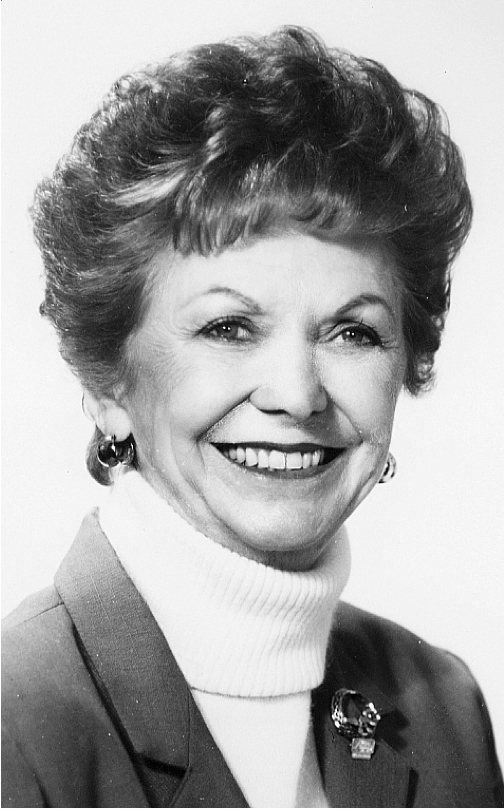 Frankie Shelton AIFD
ESTABLISHED: June 2013
“Frankie has been a strong inspiration in both my personal and professional life with her passionate  enthusiasm, motivation, encouragement, knowledge and determination for success.” —Tony Huffman AIFD 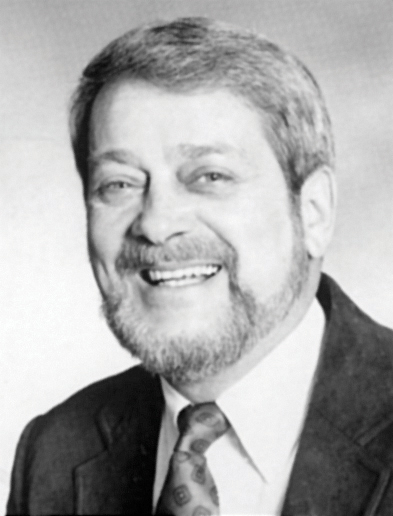 Richard Seaboldt AIFD
ESTABLISHED: April 2016
“His inspiration often came through as generosity, thoughtfulness and humor. A man full of shenanigans, he was always the first to laugh at himself! It didn’t matter whether you were a young designer or a wealthy client, he knew exactly how to excite you with design.” —Karyn Brooke AIFD 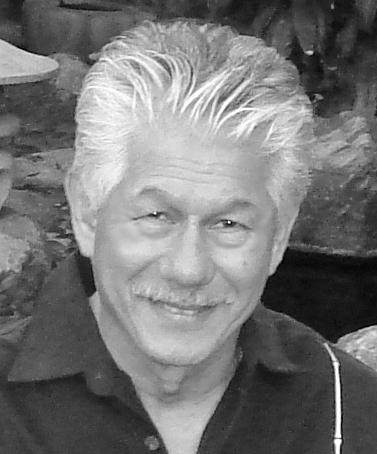 Phil Rulloda AIFD
ESTABLISHED: July 2017
“An award winner surpassing all others, he is revered as a true genius of the human spirit. He can turn a palm frond into a treasured sculpture. In turn, he can mold a student into a dedicated designer. His design style, philosophy of life and compassion for his art make him the finest creative wonder of our time.” —Rocky Pollitz AIFD 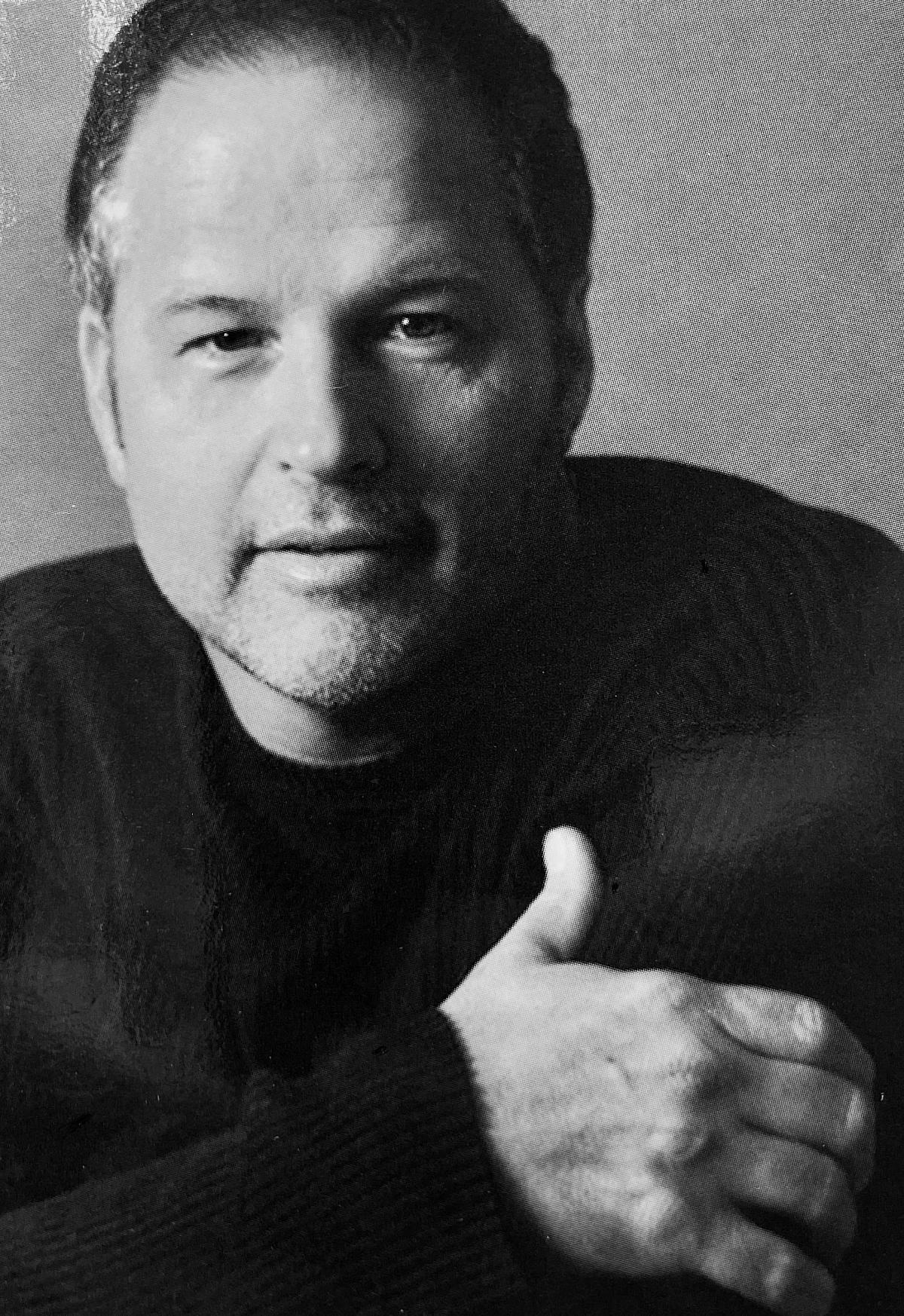 Matt Wood AIFD
ESTABLISHED: January 2019
“Inspired by the seasons, Matt Wood had an incredible sense of color and texture. His ability to breathe life into his creations is unparalleled. To see Permanent Botanicals as an expression, of the love and the  beauty of the flora and fauna that surrounds us, was his mission. Matt was more than a gifted floral  designer, he was the personification of a true artist.” —Holly Money-Collins 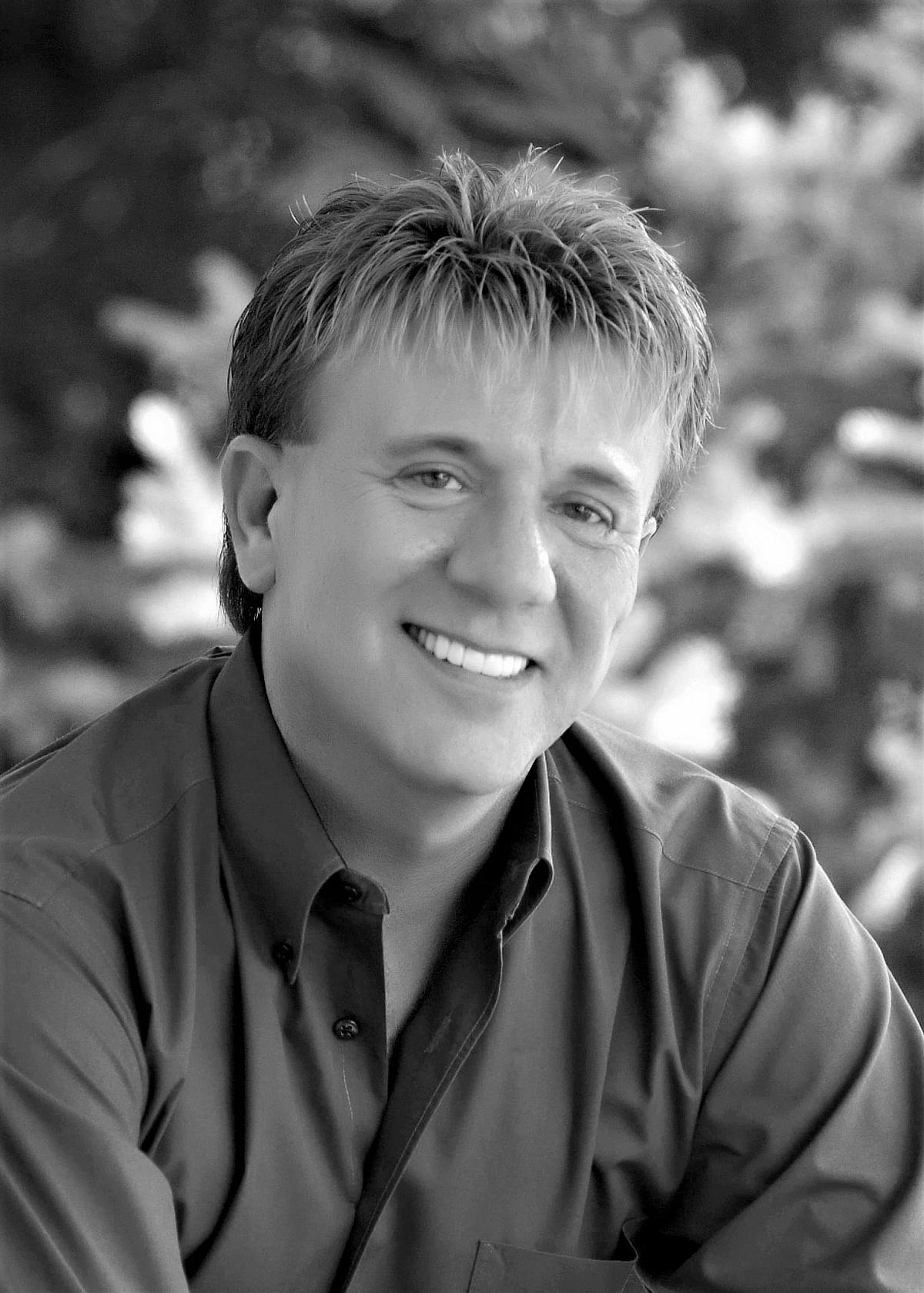 Jim Rauch AIFD
ESTABLISHED: August 2019
“Jim will always be remembered for his kind loving soul, his smile, laugh, hugs and his sincere caring  nature. A dedicated AIFD member, serving AIFD on the National Membership Committee and a valued leader in the North Central Chapter, representing the Chapter on the AIFD National Board, Jim thought of us as family.” —Carolyn Kurek AIFD and Pete Samek AIFD

David Shover AIFD
ESTABLISHED: February 2020
“Lead by Example’ is a phrase often used to inspire. David Shover AIFD chose to live it instead. He often chose to lead from behind with numerous committee appointments, stepping forward as Symposium  Program Chair and working his way to National President-elect. A talented designer, encouraging mentor, patient educator and courageous soul, he set an example and was committed until the end. Leader to many and friend to all.” —Jackie Lacey AIFD

AIFD Foundation Memorial Fund
The AIFD Memorial Fund recognizes the deceased members of AIFD. May we pause and reflect, from time to time, of the privilege we share of having known these colleagues. The fund provides for the mission and the operations of the AIFD Foundation in memory of lives well-lived.